SCHOOL OF CHANGE was a project commissioned by Matt’s Gallery that collides genres and ideas; a Sci-Fi musical + experimental narrative film, based in another reality where rapid changes; geographical, organic, mathematical – even mutations in the workings of reason itself- are threatening the viability of humanity. The film formed the central part of a solo  installation show for Matt’s Gallery London, in 2012.

And Here for a feature in the Guardian by Skye Sherwin

here is a 2.5 minute trailer of the film.

The Film is set in a fictional future-past-present and filmed in my old secondary school, a deteriorating Mid Century Modern comprehensive in an English New Town. In this parallel world, the students’ learning is bio-technically monitored through an ingested device. High-scoring pupils perform their learning through a rhythmic action practice that produces little white spheres – Units of Knowing –the currency through which the new economy functions. The narrative of the film takes us through a day in the life of the New Girl, who, in trying to question the barrage of strange, yet oddly familiar ordeals (like Alice in Wonderland) causes the complex system of this parallel world to collapse.

This is an 11 minute excerpt from the 42 minute film. 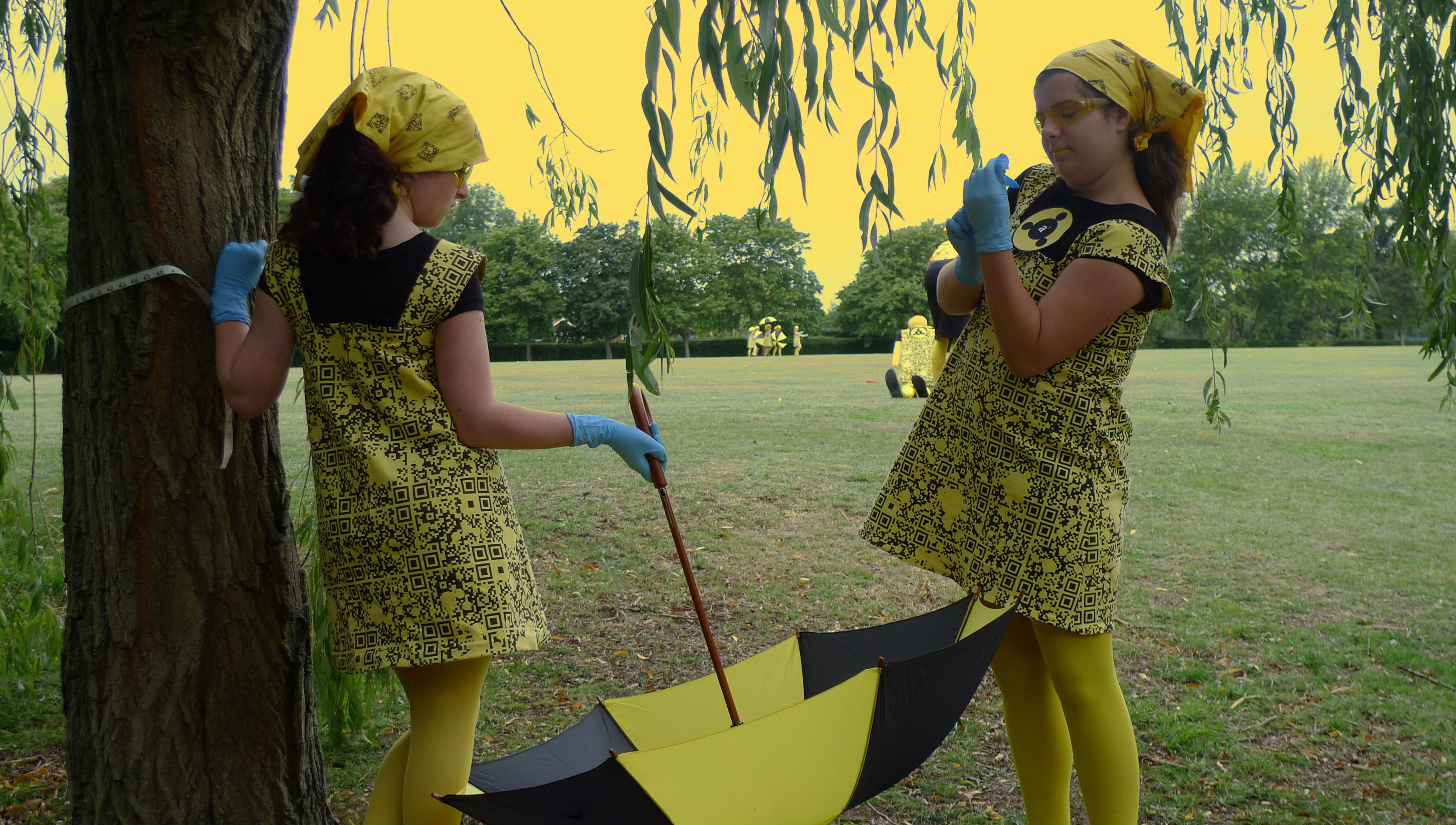 SCHOOL OF CHANGE is a new franchise of girls’ schools, existing in a post-apocalyptic future,  attempting to shore up against this breakdown, to educate a new generation to adapt, building an alternative ‘hive mind’ that has a new, stronger kind of logic.

The narrative of the film follows an inevitable, endless loop  – the action taking place over one re-occurring day inside a School – its classrooms, canteen, staff room, playing fields. 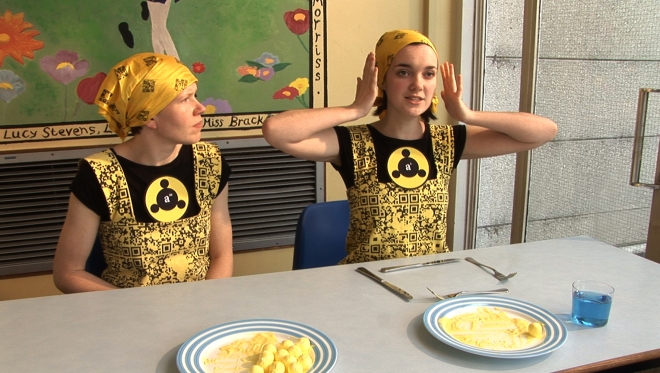 We see the results of ‘the Changes’ played out within this bizarre microcosm, during the first- and last- day at school of the New Girl, who has been brought in to replace a student who ‘faded away’. She is ‘The New Tenth’ and as she joins her class, 2a, an exact replica of her also joins class 2b, 2c, and 2d. The School appears to be part of a franchise of ‘Schools of Change’: an initiative to shore up against this breakdown, to educate and prepare a new generation to adapt. Ritual, music and rhythm are deployed continually in the daily routine to help stitch together the community, raise the spirits, and possibly build some kind of alternative ‘hive mind’ that has a new, stronger kind of logic.

Students learn a New Mathematics to cope with the increasing difficulty of all attempts to measure or calculate objectively – now that mathematical laws only work for the very old.  Some of this is very familiar- a teacher stands at the front of the class disseminating facts, manipulating diagrams and doing demonstrations, but then it frequently becomes strange.

This project is an ambitious development of core themes that run through my work; a skewed reflection on contemporary fears and desires for radical change, both social and spiritual.

The project is touring internationally in other formats- as a series of hybrid live/film/music performances, and  as a specially re-edited standalone 52 minute film for Cinema. The Live  Show: ‘SCHOOL OF CHANGE -the recruitment‘ was presented  at Camden Arts Centre Dec 17th 2011 (click here for lots of great stills of the performance) .. and outpost gallery October 26th 2012.. and Chicago May 2013. This work is a musical collaboration with composer and performer Leo Chadburn (aka) Simon Bookish.

go HERE TO READ AN ENTERTAINING AND INFORMATIVE  DIALOGUE ABOUT ‘SCHOOL OF CHANGE’ BETWEEN RACHEL WITHERS, LEO CHADBURN AND JENNET