All Suffering SOON TO END! 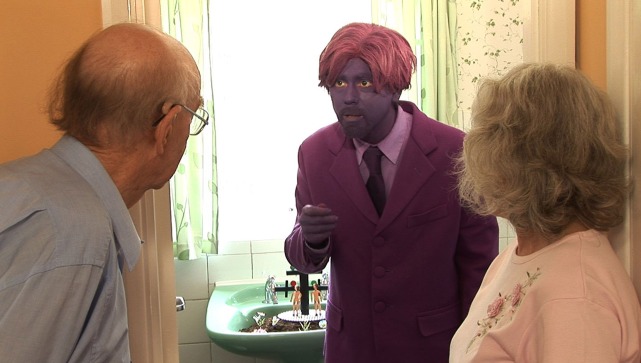 John Wagland as the Purple Preacher + Alan and Pat Thomas

This project takes a religious pamphlet of the same name, and my response to it aesthetically and philosophically as its starting point. The pamphlet which describes the ‘the end of days,’ is both tender and lyrical, then suddenly savagely violent and absurd. An imagined characterisation of the pamphlet’s author acts as the film’s main protagonist. This passionate and sinister Purple Preacher is a conflation of fundamentalist preacher and cartoon super villain from 60s and 70s Marvel comics, The Purple Man, whose superpower lies in his ability to instantly convince and persuade. 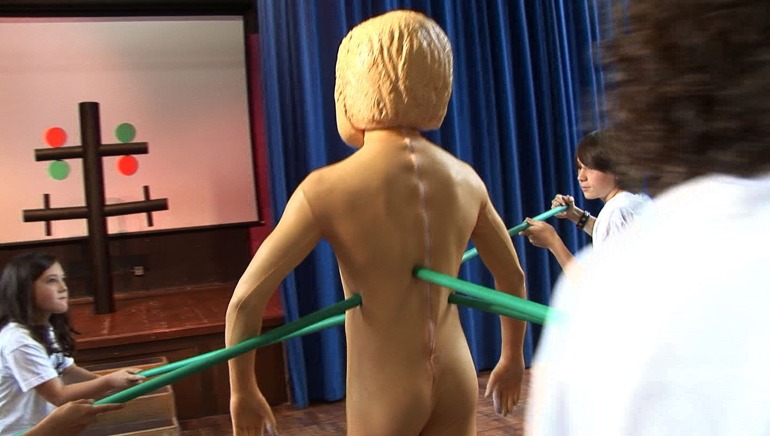 Using only the words in the pamphlet, the Purple Preacher calls at the comfortable home of an elderly suburban couple and uses his sinister allure on the unwitting residents (the artist’s parents). A hypnotic slide show, life-sized Adam and Eve rubber dolls, a visit from a mysterious green nun, a disconcerting trip to a miniature model village in which perfect and parallel imperfect worlds are portrayed, and an impromptu gig in the garage, are amongst the surreal tools the preacher employs to illustrate his sermon, whilst unwittingly foretelling his own destruction. The narrative appears to loop, but in fact develops a series of surprising and deceptive variations critiquing and celebrating the manipulative rhetoric of representation.

Matts Gallery Installation : I reconstructed the gallery into two interconnecting chambers. The first is the Dark Chamber in which a 30 minute film plays continuously. Escalating into a series of surprising and rhythmic variations, the film depicts a number of elaborate parallel worlds which become increasingly absurd and disturbing. 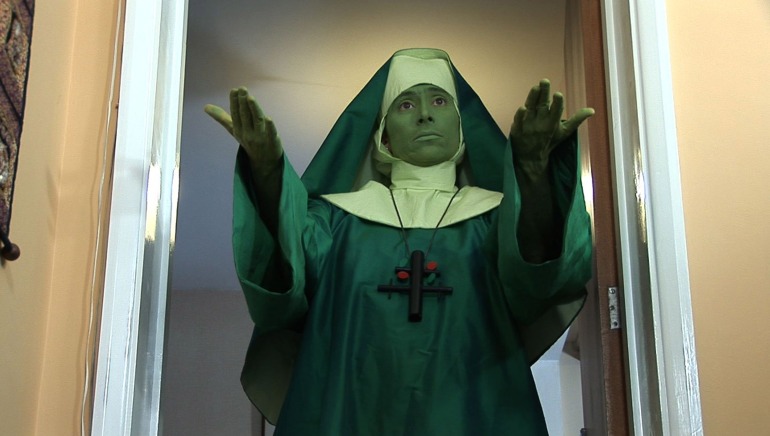 The second Purple Chamber entered only through the first, houses a further alternate world, theatrically enclosed in purple tickertape tinsel. Key motifs depicted in the film are exaggerated and distorted—as if by centuries of mis-translation—into sculptural and sound installations, inhabited on occasion by performative presences. 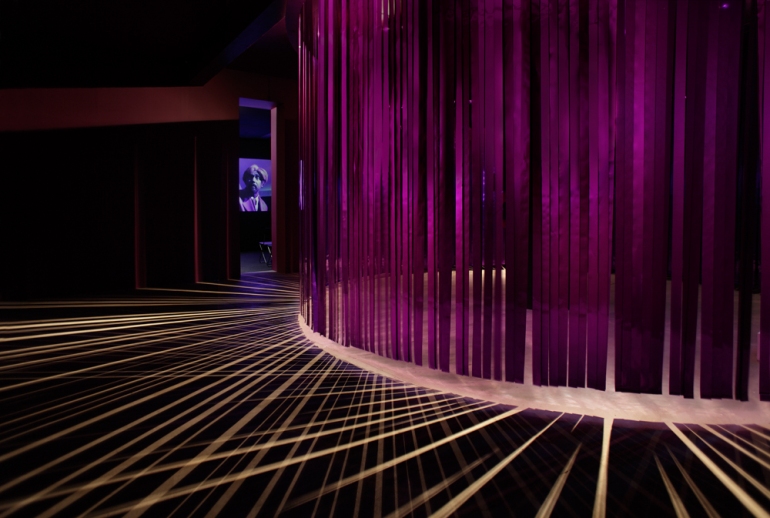 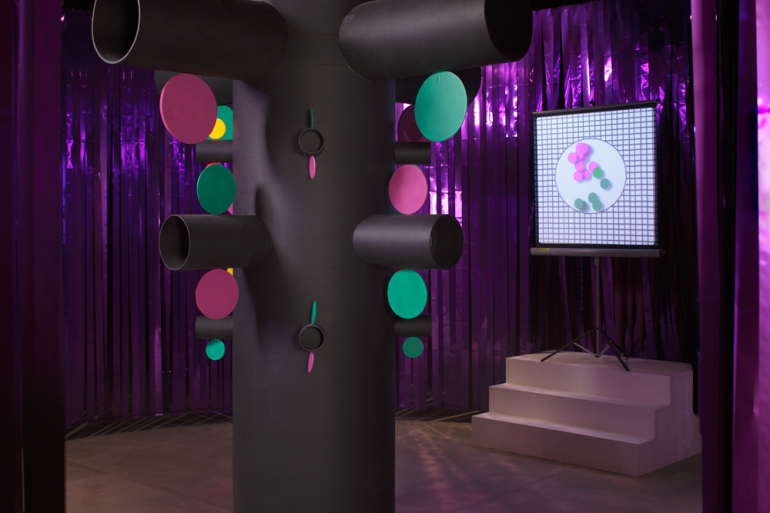 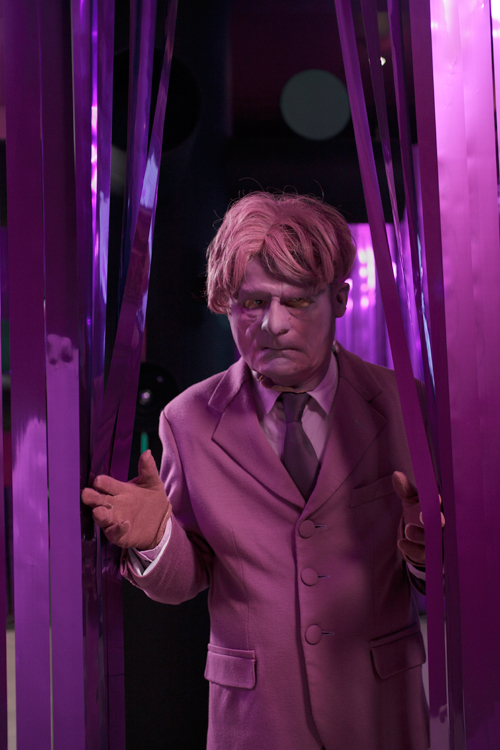