Jennet Thomas makes films, performances and installations exploring connections between the everyday, fantasy and ideology. Her work can look like experimental film, children’s drama, or performance art – it’s a call for complexity that collides genres, experimenting with collective constructions of meaning.

“Thomas’s critical skill lies in how her fables – fashioned, stream-of-consciousness-style, out of the detritus of pop-cultural neologism- tie everyday experience, through their use of the bizarre, to far bigger political and philosophical questions.”

“Jennet Thomas‘s films conjure delirious parallel universes in everyday Britain’s most mundane corners. People shop in Sainsbury’s, watch daytime TV and eat packed lunches from Tupperware boxes. Yet in this Looking Glass world, what we take for granted is quickly turned inside out. Preachers, teachers and quasi-political pundits with bright yellow or purple skin harangue its denizens with songs and slide presentations; the beliefs and rules they champion are full of promise, but always obscure.”

Emerging from the anarchistic, experimental culture of London’s film/live art scene in the 1990’s, Jennet Thomas was co-founder of the Exploding Cinema Collective. She is interested in belief systems, ideas of truth, power and pleasure, and how cultural memories are re-made and distorted according to the needs of each era. ‘Who has the right to rule, and whose rule is right?’ is an underlying leitmotif in her work. Often darkly comic, her films tell warped folk-tale narratives that mix elements of the banal and the bizarre.

Since 2007, her work has shown as large-scale sculptural installations that physically surround the film, sometimes with continuous live performance inside these installations. Solo shows include: IT ONCE HAD A FACE NOW I WANT ONE AGAIN, at Zero, Kline and Coma, London 2020;  ANIMAL CONDENSED>> ANIMAL EXPANDED at Tintype, London, 2018; UNSPEAKABLE FREEDOM>> TASTES LIKE CHICKEN, Block 336, London 2016: THE UNSPEAKABLE FREEDOM DEVICE at Grundy Art Gallery, 2015; SCHOOL OF CHANGE and All Suffering SOON TO END! at Matt’s Gallery 2012 and 2010; Return of the Black Tower, PEER, London, 2007.

She is currently Reader in Time Based Media and Performance at Wimbledon College of Arts, University of the Arts London. 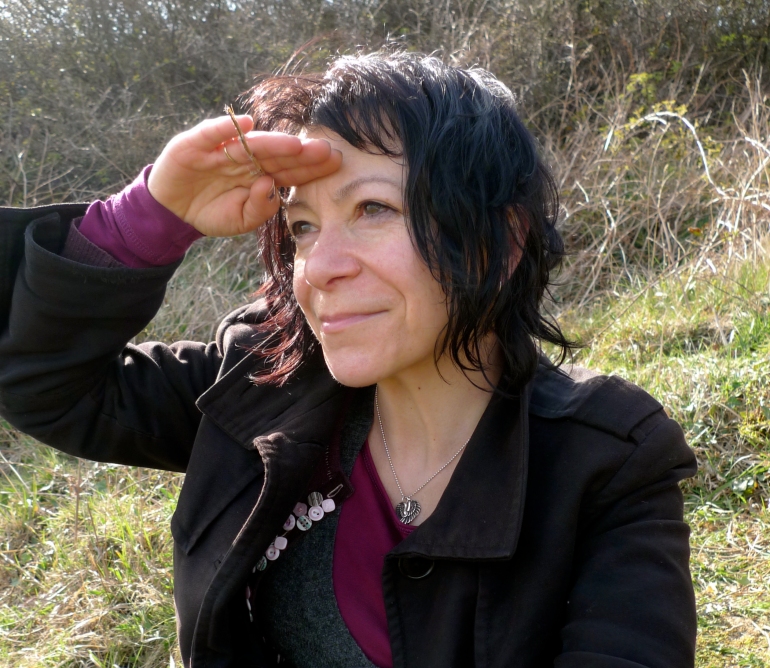